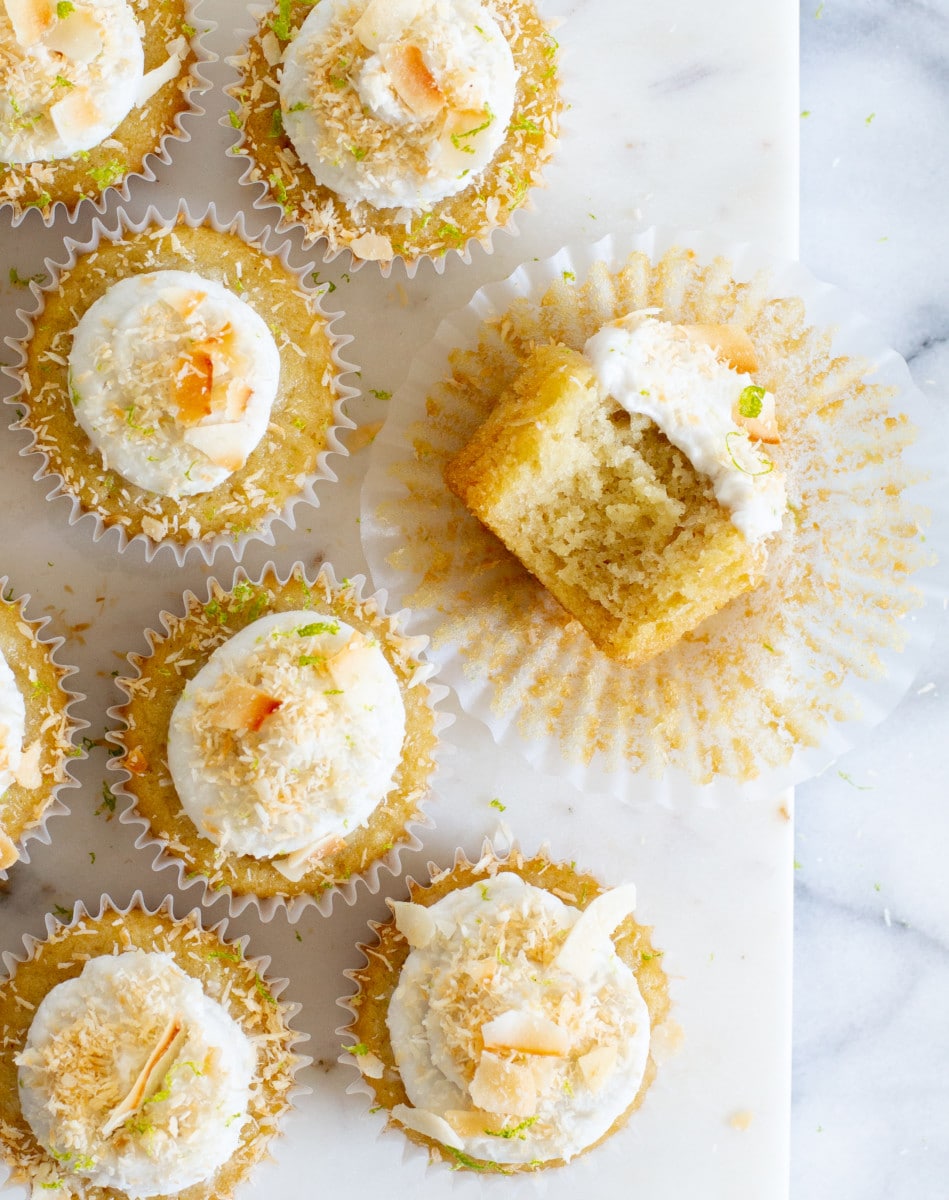 That’s right, no eggs, no butter, no dairy milk in this cupcake recipe!

And best of all, you won’t be able to tell they’re vegan at all.

The secret to a really good and fluffy vegan cake or cupcake is apple cider vinegar and baking soda.

It’s super science-y because when those two are combined and heat is added something magical happens.

The texture of these cupcakes is so light and fluffy. It’s like eating sweet coconut clouds!

Once you have one, you won’t be able to stop.

You can also use a flavorless oil like sunflower, avocado or vegetable oil.

These cupcakes are light, fluffy and not dry at all due to the fat content in both the oil and full-fat coconut milk!

There are lot’s of canned coconut milks on the market. I recommend getting a high quality coconut milk that only has 1 ingredient listed on the can: coconut milk.

The third injection of coconut is unsweetened, shredded coconut! It is added to the cupcake batter and the topping.

They look light and delicious! Love your coconut and fluffy cupcakes!

These look incredible! I have so many friends that are vegan and I’m totally going to share this recipe with them!

Thank you so much for sharing this! I’ve made this yesterday for a very special gathering and the result was amazingly delicious! I did few adjustments in the ingredients as I don’t have all. And funny also that this recipe is exactly for 10 cupcakes. I thought I’ll be able to make it 12 on my muffin pan. Lol!