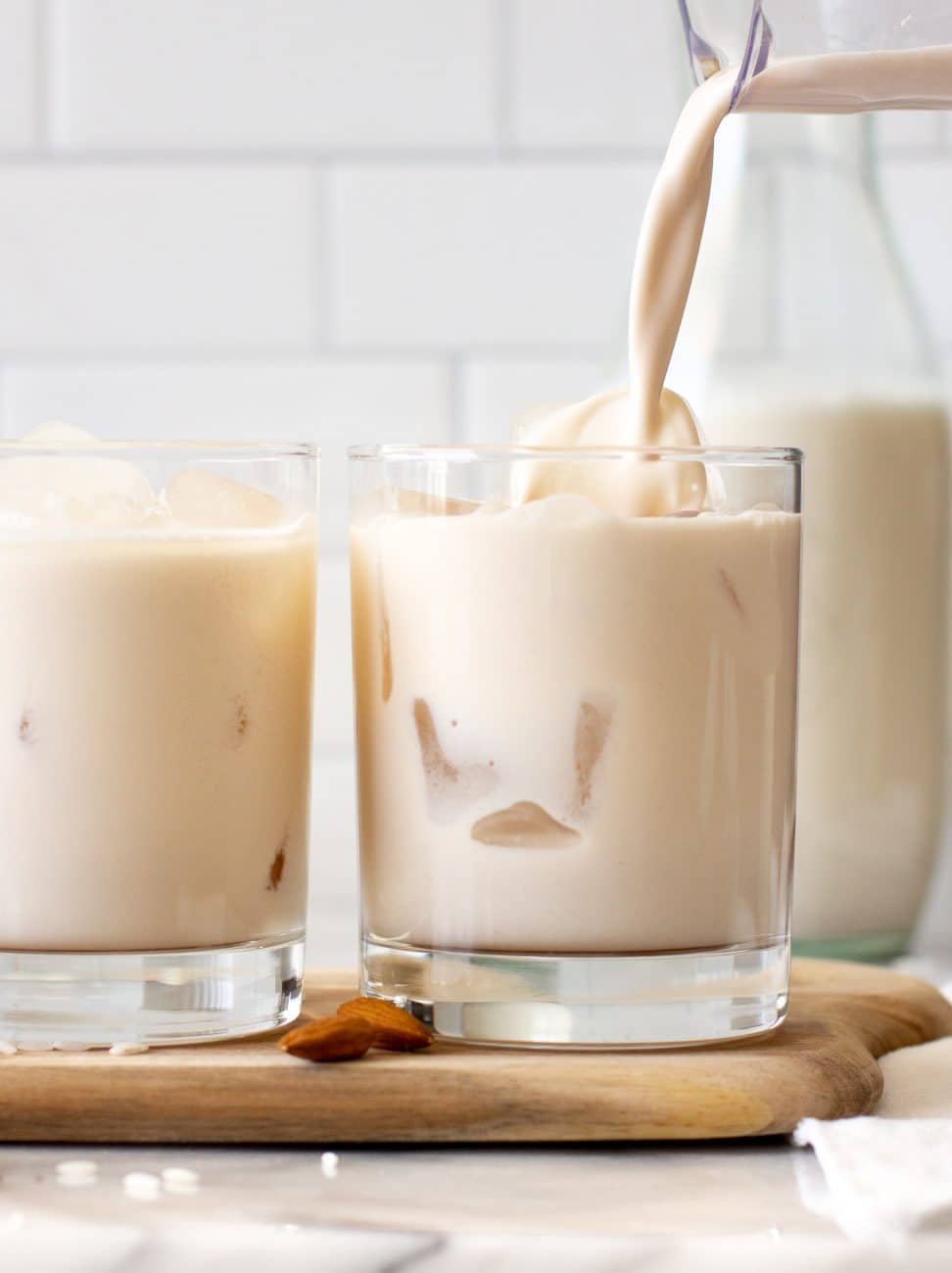 Dairy free, vegan horchata with a cinnamon spice over ice!

This Spanish inspired drink is so refreshing and yet so creamy!

Though made famous and many Mexican taquerias, Horchata, or orxata, originated at least as far back as 13th-century Valencia, Spain.

Horchata is a name given to various kinds of plant milk beverages of similar taste and appearance.

Horchata de arroz is the most common horchata in Mexico and Guatemala.

This recipe is dairy free and just uses rice, cashews and almonds for that creamy milk base.

The horchata is sweetened with real maple syrup and spiced with cinnamon.

It is poured over ice which makes it a refreshing treat during the warmer months.

When I lived in Los Angeles, I tried the most incredible horchata.

This recipe is inspired by that horchata drink. It was light, cold and refreshing, sweet and cinnamon spiced.

Similar to other plant-milks, the nuts and rice are first soaked then blended along with cinnamon and salt.

The salt acts as a natural preservative and also enhanced the flavors.

I like to sweeten my horchata with real maple syrup. A liquid sweetener will always work better for colder drinks.

Give this flavorful vegan horchata beverage a try send me a picture via Instagram and leave a comment below!

This recipe sounds refreshing and simple! I have to try it :).

Hi!!what about the rice?, do you cook it?

Hi Dalia! No the rice is raw and does not need to be cooked.

does the rice need to be soaked???

I have never made horchata before and have only had it at restaurants. My kids would love to try making this at home. Can I use a food processor if my blender is a little weak on power?

Great! I don’t recommend using a food processor, as most of them cannot hold that much liquid and the tops are not fully sealed.