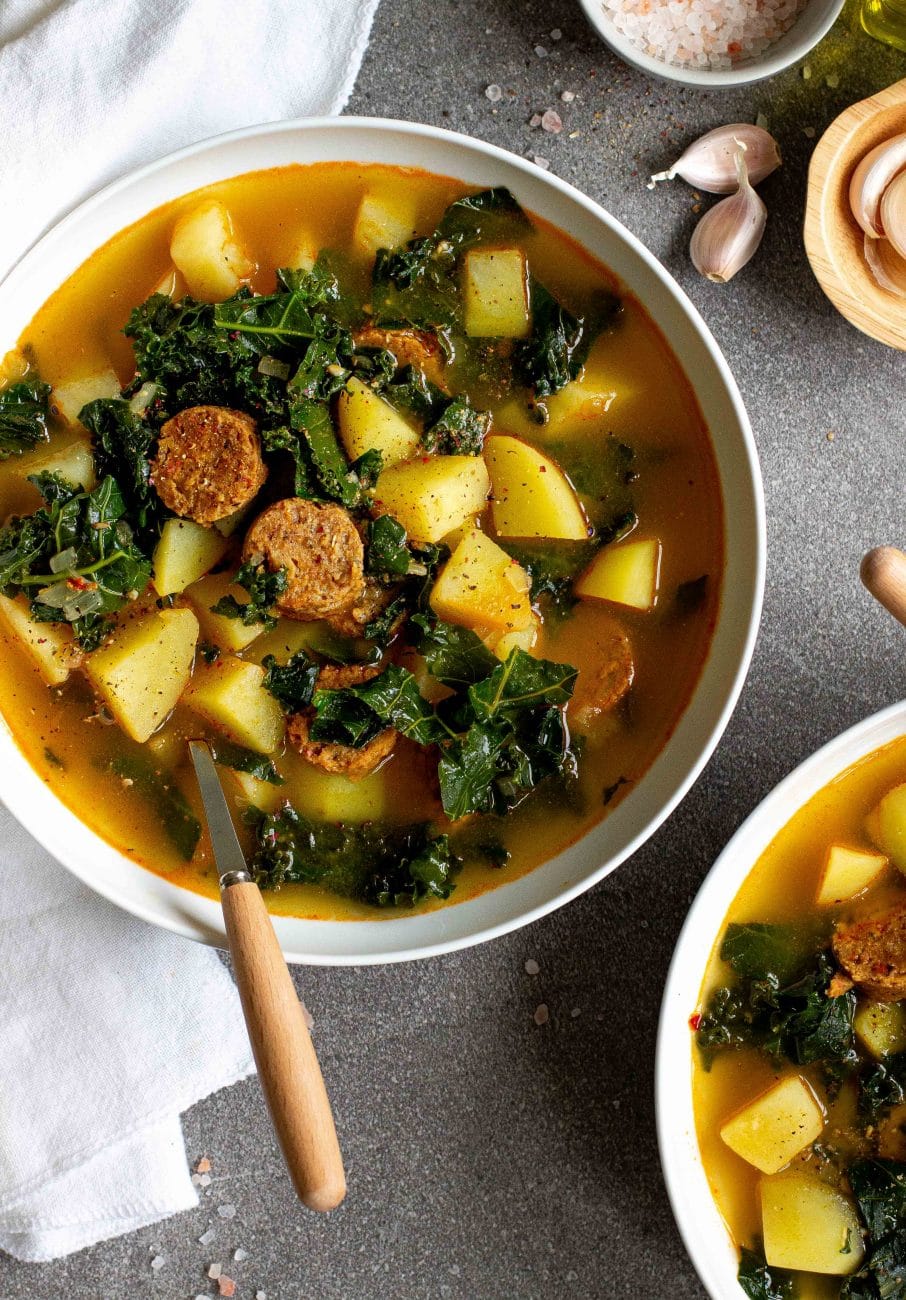 This potato and kale soup from northern Portugal, is one of those soups that is perfect for rainy days.

Caldo verde translates to ‘green broth’ and it traditionally made with dark leafy greens, potatoes, and chouriço sausage this soup is easy to make and very hearty and comforting.

I was first introduced to this dish when my husband asked if I could make it. His dad, who immigrated to the US from Portugal in the late 1960s often made this soup for his family.

After both my husband and I decided to go mostly plant-based, this was one of those recipes that was easily converted for a vegan diet.

I swap the chicken stock for vegetable broth and the meat for vegan spicy sausage.

As with most soups, garlic and onion are traditionally added as well.

Next, peeled and cubed potatoes are added then cooked to perfection in broth.

Most of the flavor come from the spicy vegan sausage. I like to add salt and pepper at the very end.

I almost always have kale on hand but you can also use collar greens, Swiss chard or spinach!

I like this soup brothy with chunks of potato but you can also use a stick blender to blend this soup before adding the greens and sausage.

Please leave your review for this vegan caldo verde soup in the comment section below.