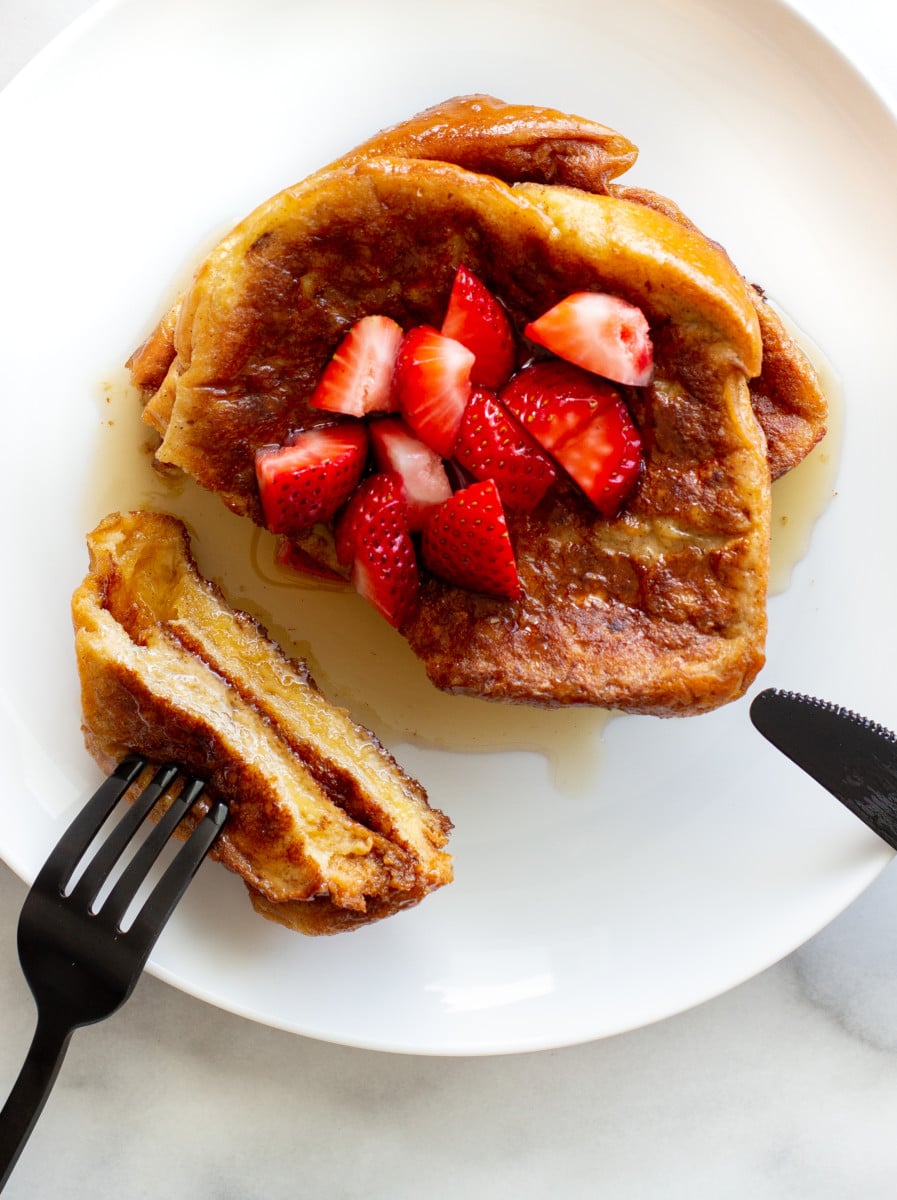 I’ve only recently started making this recipe for weekend breakfast.

It was when we accidentally received a french toast delivery from a local bakery that I realized how amazing it actually is!

We usually just order croissants from this bakery but when a surprising order mixup occurred, it was life changing!

I basically crave french toast all the time now (yes, it’s a problem).

After testing a few recipes and even using my homemade bread slices, I realized nothing beats brioche bread.

Brioche is a bread of French origin and is golden, it’s soft, and it’s pillowy.

Brioche uses ingredients similar to those found in regular bread, like yeast, flour, butter, and eggs.

But unlike your average sandwich bread, you need lots of eggs and butter to make brioche.

To add more flavor and make it a tad but healthier, I love soaking the brioche in a coconut cream and coconut sugar mixture.

Using coconut sugar keeps the sweetness to a minimum as maple syrup is later added anyway.

A can of full fat coconut cream is magical. It lends itself to all kinds of sweet and savory dishes.

Adding cinnamon is a nice touch but can be easily omitted.

I always top my french toast with fresh berries. It adds brightness and a fresh bite to a very decadent breakfast.

Your French Toast Recipe is so easy to make and perfect for breakfast – thank you Joni! 🙂