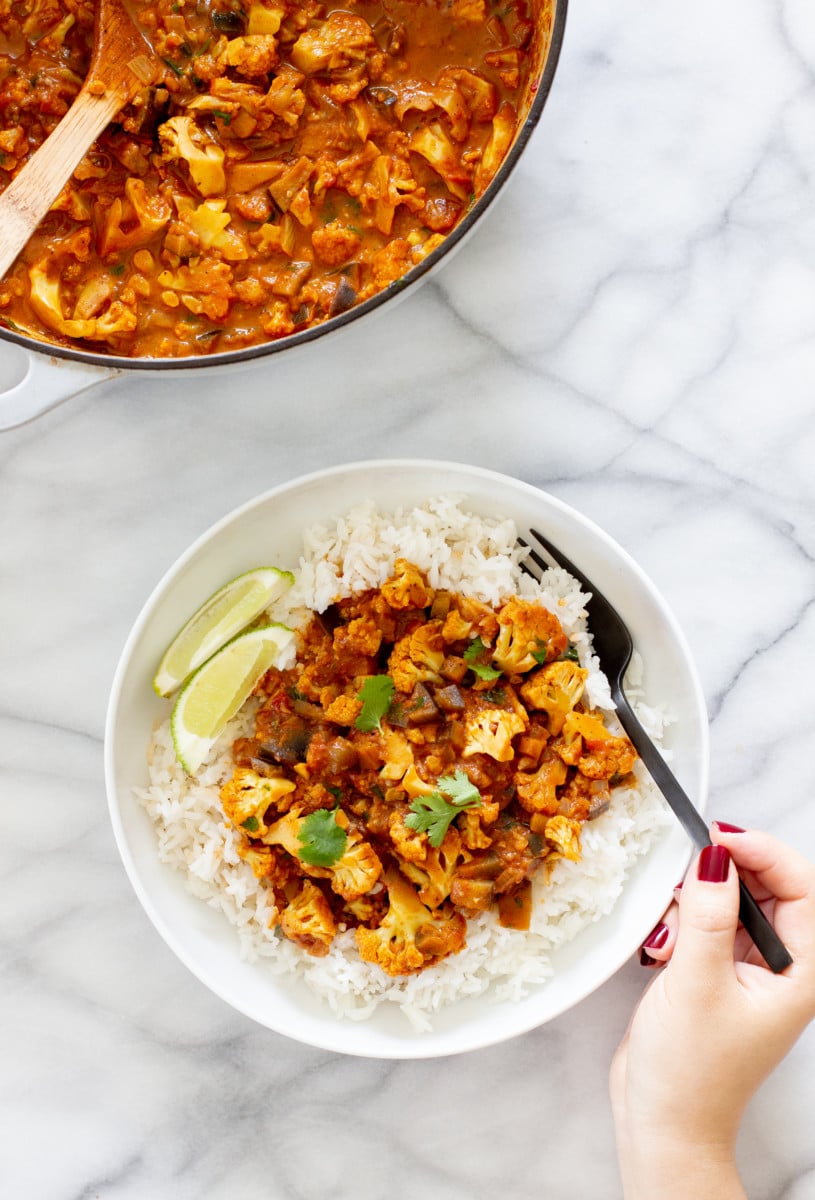 The origin of the dish is not certain, however, it traces back to the Indian community and was made popular in Great Britain.

As a lot of us are moving away from meat and including more vegetables into our diet, it was time to convert some meat-focused dishes vegetarian!

Cauliflower makes for a great addition as it is hearty and can stand on it’s on in this dish.

For added flavor and texture, I am adding eggplant.

The cauliflower and eggplant combination works great together.

Some other vegetables that would work great in this cauliflower tikka masala are bell peppers or carrots!

What makes this tikka masala so special are the spices. Don’t skip out on those!

The most prominent spice in any tikka masala is garam masala.

Although garam masala packs a punch of flavor, tikka masala calls for even more spices.

The sauce is made from a couple of tomato base ingredients, onion, garlic and most importantly full-fat coconut milk.

The coconut milk makes the tikka masala incredibly saucy and creamy and keeps it dairy free.

It looks yummy!! A simple delicious one-pot weeknight meal 🙂
Veggies and warm spices – I am in!

This is EXACTLY what’s I’ve been looking for! Thank you so much!

Your videos on the blog have been so helpful! Cauliflower is one of my favourite vegetables and tikka is such a flavourful dish – I will have to try this.

I love a good tikka masala and I’m so glad you made this dairy-free! Thanks!