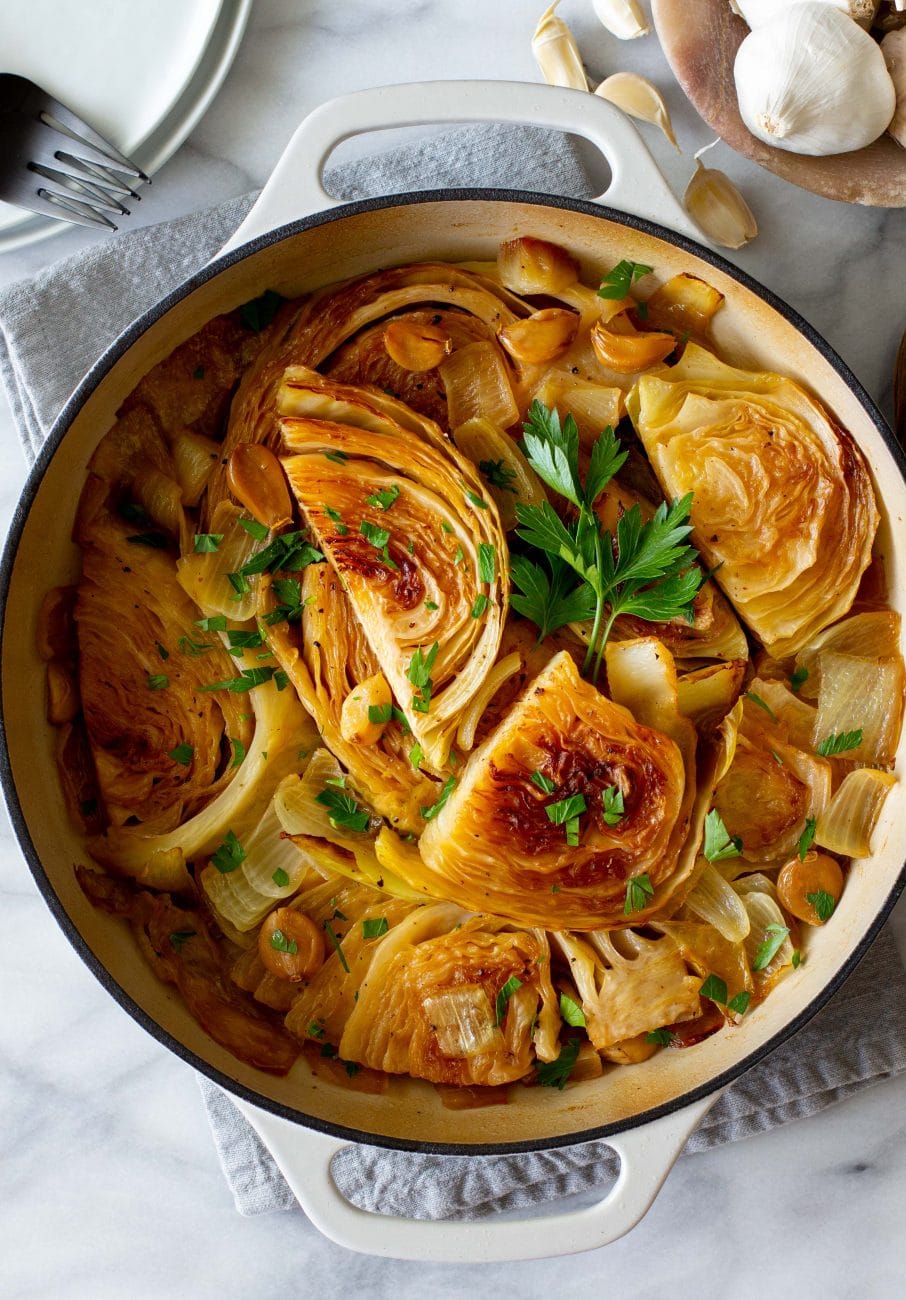 Melt in your mouth, soft and sweet braised cabbage with pearl couscous.

I first saw this recipe on Instagram and had to recreate it asap!

The original recipe is by Adeena Sussman who features this melted green cabbage recipe in her new book Sababa.

This dish has Israeli roots and can be seen on menus all over Tel Aviv.

Our recipes are very similar but I keep mine 100% plant-based by using vegetable broth and vegan butter.

I love serving this braised cabbage alongside pearl couscous.

The couscous has been leveled up with lemon zest, raisins and parsley.

First, the cabbage is browned with olive oil, then aromatics and broth are added.

Next, the cabbage braises low and slow in the oven.

During the braise, the cabbage gets soft and sweet and slightly caramelizes.

Even though the overall recipe time is long, it’s hands-off for the majority as the oven is doing most of the work.

As this is a stove-top to oven recipe, you will need a large oven safe skillet or pot that has a lid.

I am using an enameled cast iron casserole skillet. A dutch oven works great as well!

As I grew up in Germany, cabbage was consistently part of the meal. It is a relatively cheap ingredient that is grown in abundance, especially in Europe.