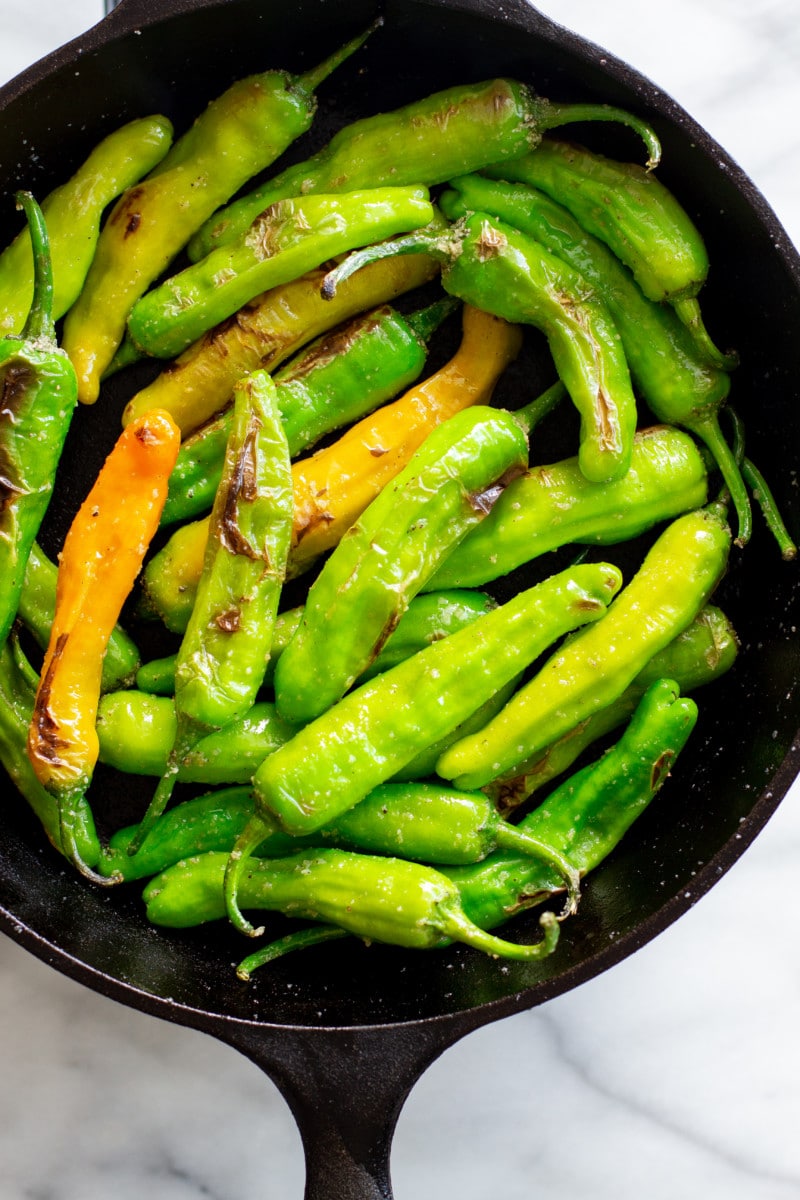 Blistered shishito peppers with a squeeze of lemon and salt make for a great appetizer!

Shishito peppers are a thin-walled, small and slender pepper. They turn from green to red when ripe, but are most commonly harvested when green.

They come from Asia but due to their popularity are now also grown in the warmer states of the USA.

You may have seen these on a restaurant menu as they make for a great appetizer and are available year round, but they’re in peak season during the summer and early fall.

I also first tried these at a restaurant but after finding out how easy they are to make, I decided to make them at home!

These peppers are not only additive but also healthy and only 1 in 10 peppers is a bit spicy but the rest are mild and flavorful.

All you need are a handful of ingredients to make these peppers shine.

Olive oil, salt, black pepper and lemon juice! That is it.

You can also serve them with a dip like an aioli or tzaziki, a cool and refreshing yogurt and cucumber dip.

Make these blistered shishito peppers for a friendly gathering as an appetizer or eat alone as a healthy snack!