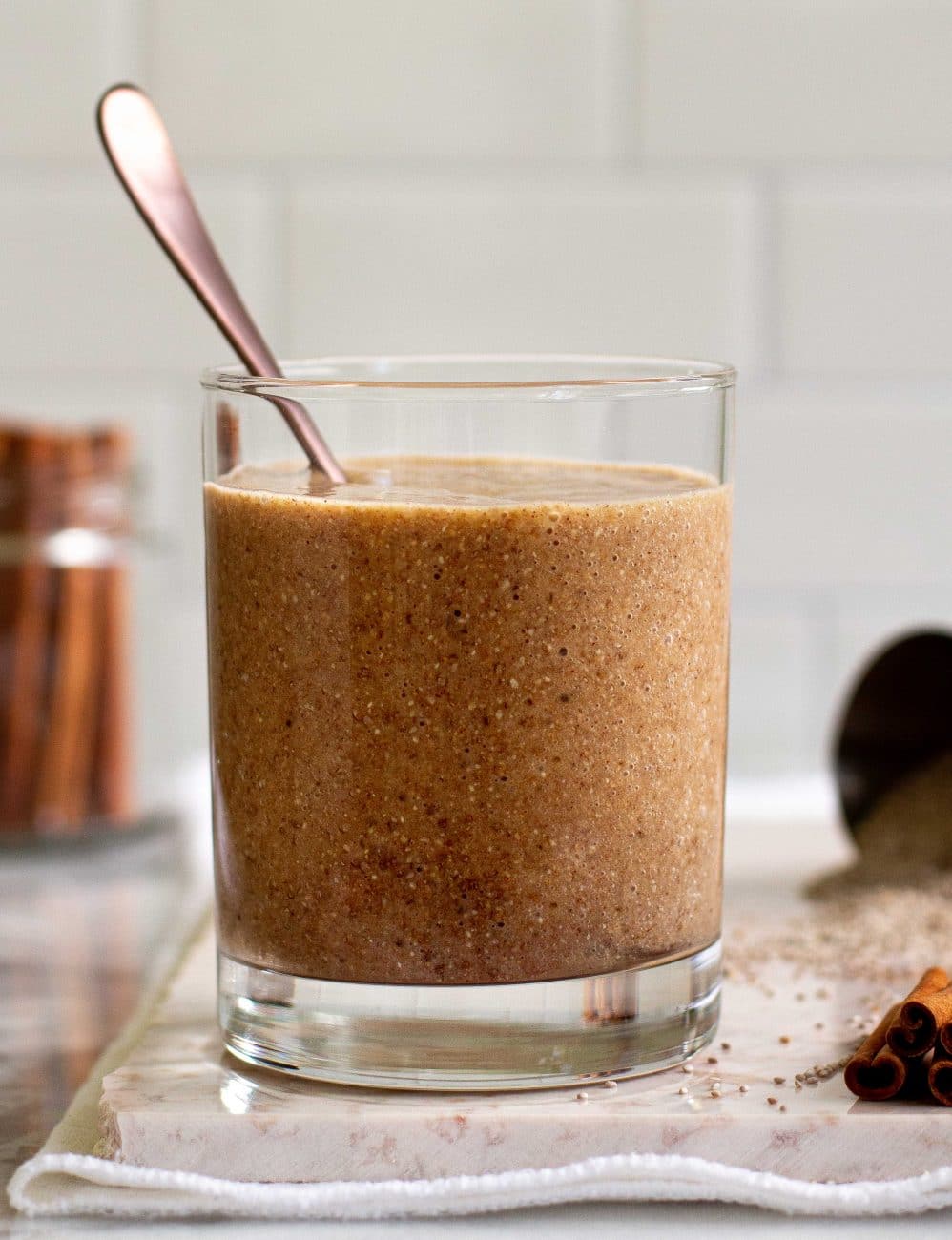 Sweet banana cinnamon chia pudding that makes for a delicious and healthy snack or dessert!

This dessert recipe was inspired by True Food Kitchen, one of my favorite vegetarian restaurants!

Since their menu changes regularly, I decided to recreate this recipe so I can have it any time I want.

When this chia pudding was first brought to the table, I did not look like much. However, after taking the first bite, my eyes widened and I could not stock eating it.

Since I already have a few chia seed pudding recipes on my site, I decided to make a couple of minor changes to the recipe.

True Food Kitchen uses coconut milk, which is great is you love coconut but it can overpower the flavor which is why I opt for almond milk instead.

The second alteration is the texture of this pudding.

I know that a good amount of people don’t love the texture and tongue feel of the chia seeds. If you are one of those, this recipe is for you!

The banana cinnamon chia pudding is blended for a bit longer to break up the seeds which gets rid of the gel-like texture of a typical chia seed pudding.

Besides the fact that chia seeds make for a great plant-based pudding, they also have great nutritional value.

Chia seeds are high in fiber, plant protein, magnesium and are loaded with antioxidants.

They are also considered a whole grain food and usually grown organically.

What makes this recipe healthy is that it is sweetened with the banana and coconut sugar.

Coconut sugar is a plant-based sweetener that is less refined and won’t likely spike your blood sugar.